Council Officers full addresses are sent to Members every year. 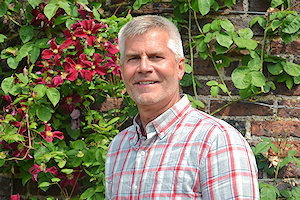 Jeff Jabco is the Director of Grounds and Coordinator of Horticulture for the Scott Arboretum at Swarthmore College, where he has worked since 1990. In his role, Jeff oversees the gardeners, the College's 400 acres, and the maintenance and development of its plant collections, gardens, and natural areas. Jeff is co-founder and vice president of the Mid-Atlantic Peony Society. He is an instructor at Longwood Gardens, where he teaches the Certificate in Ornamental Plants program, courses in landscape design and construction, and the two-year Longwood Professional Gardener program. He has written for Fine Gardening magazine; Green Scene, the Pennsylvania Horticultural Society's magazine; American Nurseryman; and The Hybrid, the quarterly publication of the Scott Arboretum; and the International Clematis Society's journal. He also serves on the board of The International Clematis Society.

He began teaching in Longwood's Continuing Education program in 1985 and has taught in the Professional Gardener training program since 1998. Jeff was named Teacher of the Year in 2009 by the North American Colleges and Teachers of Agriculture. He was awarded the Rutgers Gardens Hamilton Award in 2017. The Hamilton Award recognizes "an unsung hero, a quiet leader, or patient mentor in the field of horticulture". In 2014, Jeff initiated a trial of over 50 cultivars of clematis that were not readily available in the United States. The trial sites are located mainly in southeastern Pennsylvania, USA, and consist of public and private gardens. The goal of the trial is to evaluate performance of these plants and to create a market for the outstanding performers. Return to top of page 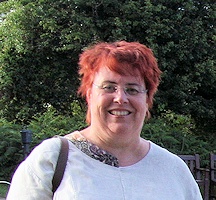 "I was born in December 1960 in Aachen, a town in West Germany, close to the borders of Belgium and the Netherlands. My interest in gardening and horticulture started very early, when I helped my grandparents in their allotment, growing fruits, vegetables and cut flowers.

My career as a professional gardener started in 1980 with an apprenticeship in a tree nursery. During those two years my real love for plants was born. Afterwards I worked for a few years in different tree and perennial nurseries in Germany and the Netherlands, where I visited the display garden in Boskoop for a few times and found some clematis growing there. I liked them very much and my special interest for that plant was born. Later I studied horticulture at the Leibniz University in Hannover, to learn more about plant production and economics. Then I had a large balcony and started to grow a few clematis in pots. In about 1998 I got in touch with a few members of the I.Cl.S. and joined the society, because I wanted to learn more about clematis. Next to plants my other main interests are reading, travelling, cooking, painting and learning new things. So I love to join the conferences of the society, because I can combine many of my interests, such as learning more about clematis, meeting nice people from all over the world (many European countries, the U.S.A., Canada, Japan, China and other countries) and seeing new gardens, countries and other things all over the world. I enjoy the annual meetings very much, because I've made some friends there and always look forward to seeing them again and to meeting new people. And by the way: I can practise my English. For the last eight years I have worked as a consultant for garden centers. I visit the owner in his garden center and advise him how he can improve his location. Because I have to travel a lot I'm quite often far away from home. Therefore I don't have a garden myself. I have a large balcony, where I grow different plants in pots, including a few clematis. In the garden, that belongs to the house, in which I rent a flat, I have also planted a few clematis. I try to interest other people like my family and friends in clematis and have planted some varieties in their gardens, so others can see how beautiful and varied clematis can be." 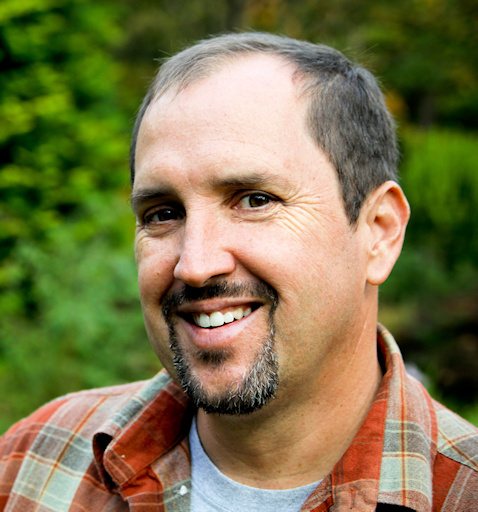 "I come from a family of avid home gardeners and decided back in the early 80's to pursue horticulture as a career. Clematis can be particularly challenging in production for several reasons, but I decided to make it my specialty when I founded Brushwood Nursery in 1998. I love them and it makes work more enjoyable! It's been great sharing about the genus with others and learning from the fine folks in the Society as well."

"Born in 1950, I graduated from Sussex University, England with a BSc in Applied Engineering. Almost by chance I applied for a job as a trainee computer programmer. I stayed in this fascinating industry, in various roles, until very recently when I opted for early retirement.

Fiona and I met whilst we were both working on the same computer implementation project. After getting married in 1984, I gave her a one-year membership to the International Clematis Society, and we haven't had a free moment since.

My involvement with, and knowledge of, clematis has grown through my relationship with Fiona and my other interests, particularly photography, which I learnt as a child from my parents.

Working with computers for many years, including using them for many presentations and proposals, has provided useful experience when it comes to the production side of our journal, 'Clematis International'. With PCs of today, even complex formatting is achievable, if you know how.

I created the I.Cl.S. Web Site in 1996, I was interested in this new and emerging 'Internet' technology and wanted to understand more about it, how it worked, what you could do with it, whether it could benefit the Society. The first site was a very simple affair, 7 pages, today we have over 400 pages. The site features a different clematis each month.

As well as photography, I'm interested in cooking, wine and travel. With a little imagination we've used our membership of the I.Cl.S. to extend our experiences in all these areas." 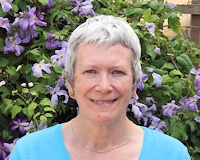 "My interest with Clematis started with a visit to Jim Fisk's Clematis Nursery in the mid 1980's. We bought three and never looked back. Now we have over 100 in our small garden either planted in the ground or in large pots. I prefer alpina types and late flowering varieties to the early large flowered varieties. I also have several herbaceous varieties, which I admire for their late colour and scent.

Ken and I work and live on the outskirts of north London. I've always enjoyed gardening including as a child earning holiday money by weeding! When I was young we had a very large garden, which was partly cultivated as a garden, and partly a fruit orchard. I remember the garden having peonies, roses and conifers but no Clematis!"

"Born at the end of 1944 in the middle of the Cambridgeshire Fens, which at the time was predominantly an arable and fruit growing area. Since my childhood I have had two main interests, music and gardening. After school I would spend many hours helping my father in the garden, mainly growing food crops for our consumption. I first became interested in clematis about 20 years ago, by way of a chance meeting at one of the Orchestral concerts at which I was playing. I was invited to stay with a family who lived on the shores of Loch Lomond Scotland. It was there that I first saw some of the small flowered species and hybrids, also a number of the New Zealand and American species growing happily outside in their rocky garden right on the shore of the Loch. After expressing interest, seedlings and cuttings were provided, for me to try in our garden, some of these plants are still with us today, having survived moving into three gardens.

We have over 100 clematis planted in the garden, amongst other plant varieties, and about the same number in pots, I have been propagating plants from seed and cuttings and assessing suitability for garden use. I also hybridize hellebores and lilies.

I have now retired from my job as Building Surveyor (Clerk of Works) at Trinity College, Cambridge, Great Britain and spend some of my time writing for Magazines, I.Cl.S. and the BCS about the merits of growing the small flowered clematis."

Due to other activities, Jon Gooch is unable to continue to audit the accounts of the Society. The Society thanks Roy for finding a suitable replacement, The MHH Partnership Ltd. The Society also thanks Michael Hawes, FCCA, for auditing our latest accounts.