Clematis of the Month for April 2015 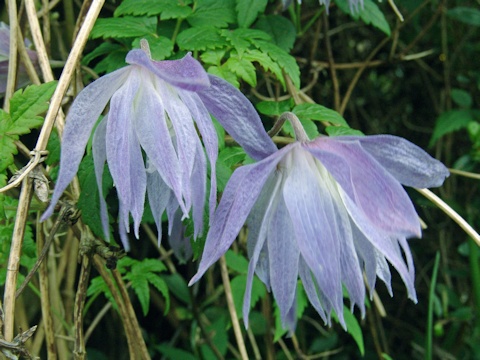 My first introduction to C. 'Wesselton' happened somewhat by accident, having seen a C. 'Maidwell Hall' growing in a large urn in the Royal Horticultural Society (RHS) garden at Hyde Hall in Essex. I obtained a plant of C. 'Maidwell Hall' from a nursery. This was a small plant not much larger than a liner, which after potting on, flowered for the first time in its second year of ownership. What was immediately obvious this plant was distinctly different from the one seen at Hyde Hall. On approaching the nursery owner (from where the plant was purchased) with a flower, I was told that C. 'Maidwell Hall' and C. 'Wesselton' were in fact the same. I doubted this but I thought that I was not going to get anywhere with a person who supposedly knew more than me, plus the flower size colour and number of flowers on the plant proved that this was well worth planting in the garden.

The plant over the years was much admired by visitors to our garden, but in general there was much conflicting opinion as to its identity. During this time I had observed many different plants labelled as C. 'Maidwell Hall', some matching C. 'Wesselton', a number of alpinas as well as C. 'Markhams Pink' and C. 'Lagoon'. 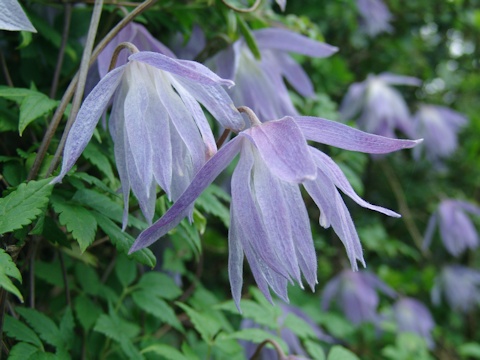 During further research at RHS Wisley, I became aware that there was indeed a distinct difference between C. 'Maidwell Hall' and C. 'Wesselton'. C. 'Wesselton' was introduced by Jim Fisk as a selection of C. macropetala, but the first published record found was in a Thorncroft Clematis Nursery Catalogue dated 1996. Subsequent to this there followed a number of references to the misspelling of the name of the village of Westleton, near Saxmondham in Suffolk, England, after which the plant was named, but Jim Fisk decided to name it after an earlier spelling of this villages name. 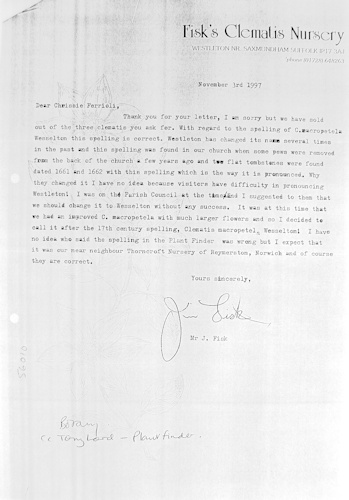 Notably in 2001 due to trials undertaken by the RHS on C. macropetala and alpina cultivars, plants and associated descriptions of C. 'Wesselton' were submitted by Thorncroft Clematis Nursery, from which herbarium specimens were prepared and filed. 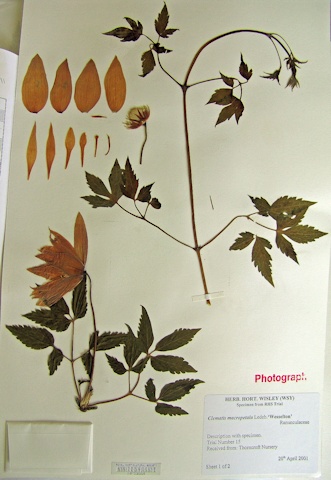 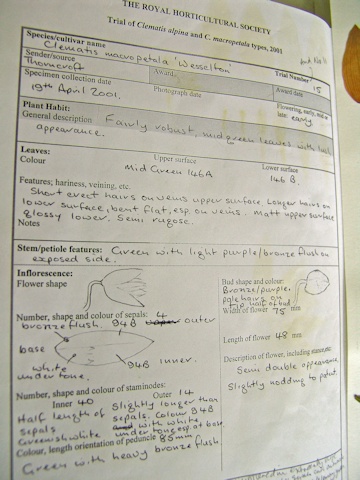 Description submitted by Thorncroft Clematis - I note that in 2001 Thorncroft accepted Jim Fisks spelling of C. 'Wesselton'
Please click on the image for a larger (and bigger) image 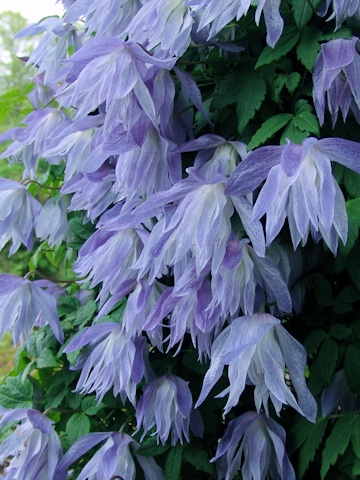 C. 'Wesselton' in flower in our garden

The larger four outer sepals are compared with the Royal Horticultural Society colour chart as RHS94B which is to the lighter side of blue violet, more or less sky blue with a violet hue. The many inner sepals (staminoides) are a lighter blue violet, fading towards their base to white with a greenish/yellow tinge, which contributes a very full flower, possibly the largest size in the C. macropetala hybrid/selections. As shown this can result in a very good display in late March to April in our Cambridge garden.

The plant does produce a few later flowers but these are generally of little significance. In our garden this plant is extremely vigorous and therefore has to be be pruned after its main flowering period each year.