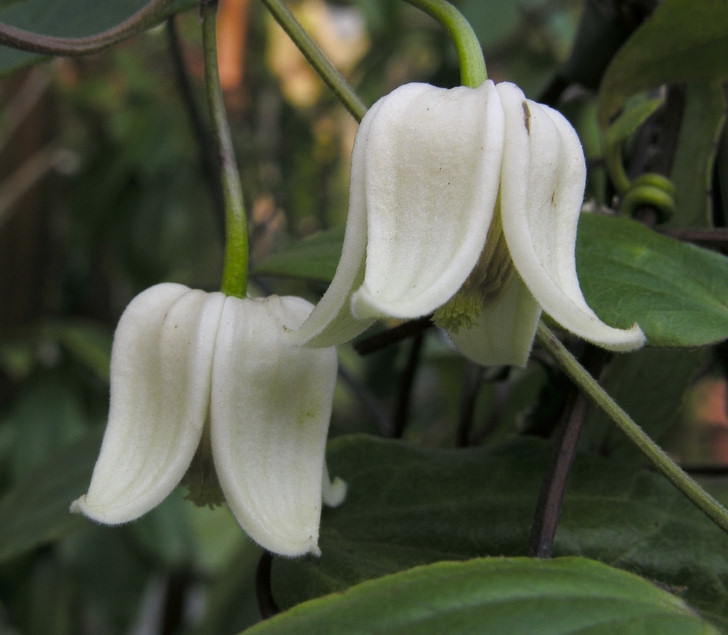 Clematis of the Month for January 2009 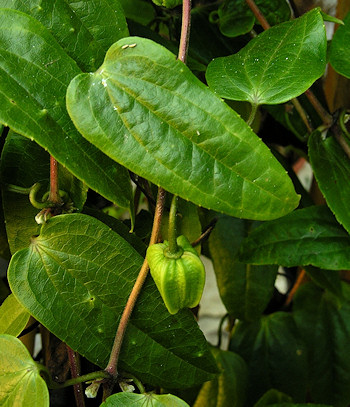 The following information comes from Yu Liangliang of China, a member of this Society and someone with whom Ton Hannink has had various discussions about this clematis:

According to Flora of China, C. henryi living in the middle of China has only one flower per cyme, while C. henryi found in the south of China can have as many as 5 flowers per cyme. And some people in China believe that C. henryi has no "var." - whether it has trifoliate leaves or not, this is not the basis of "var."."

The flowers of Clematis henryi are campanulate. The buds start with a green color and change to white. The 4 tepals are sometimes irregular and white. The flowers are 15-20 mm across, 25-30 mm long and the tepals roll back at the tip. They are borne in short lateral cymes, 2-3 flowers, on the current season stems. The stamens are very hairy and the color is brownish. The flowers are very fragrant and when you enter the greenhouse you will detect a very special perfume if the sun is shining.

The leaves are mostly pinnate to bipinnate, 10-12 cm long and 3-6 cm wide and dark green. The small flowers have a light colour, close to the stems and therefore are easy to see against the foliage of the plant.

The plant prefers acid, neutral and basic (alkaline) soils. It can grow in full sun or in semi-shade (as in light woodland). Place the plant in a greenhouse or closed veranda in Western Europe, otherwise you will not get flowers. The plant was hardy during two winters in Holland but during the winter the temperature did not drop below -8 degrees Celsius. If the leaves change rather quickly to a more yellow green color, the plant in the pot is not getting enough iron. Give the plant a regular feed of iron chelate during the whole year, especially if the color of the leaves changes. As fertilizer, give the plant 20:20:20 (N:P:K) during the growing and flowering seasons and 10:30:20 (N:P:K) during formation of buds. Do not keep the plant too wet! 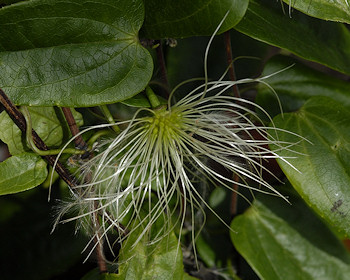 Pruning can be done if the plant gets too large. The pruning time is spring because the plant flowers in January/February.

Propagation from seeds is easy; the seeds germinate within 6 months at 20 degrees Celsius.

Cuttings will resize the leaves and can be taken from young wood. They should root within 3 months.

The following sequence of pictures have been taken and supplied by Yu Liangliang of China, via Ton Hannink. I thank them both for this unique insight into the natural habitat and growth habit of Clematis henryi. They were taken on 26th October 2008, on a rainy day at an altitude of 300 - 600 metres on Tianmu Mountain, Linan City, Zhejiang Province. Yu was disappointed to only find one bud, but for me even that is quite spectacular.