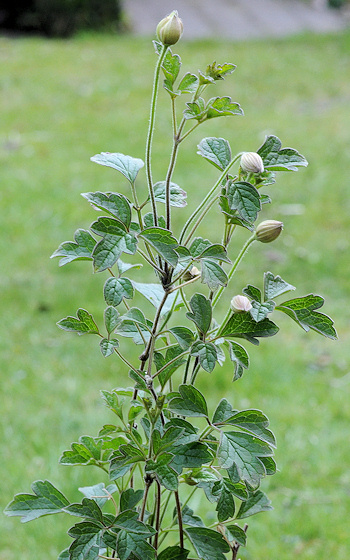 Clematis of the Month for May 2010 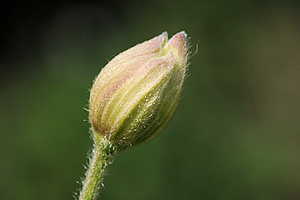 The flowers of Clematis chrysocoma are rose to white with a purple-rose tinge, between 40-45 mm in diameter. The flower has 4 tepals.

The flowers are from April-June in the wild but in the greenhouse in The Netherlands the plant flowers in April-May. The flowers are on short shoots from old wood. It was described that the later flowers are also born on the axillary shoots of the current stems. The seeds are ripe in June-October.

The stems grow only to 1 meter and are different from the plants we know as C. chrysocoma. The form is as a small shrub not as we know as the most Clematis. If you grow this species from seeds then you will be surprised how the young plants grow. They grow as a shrub and develop several stems from the soil. 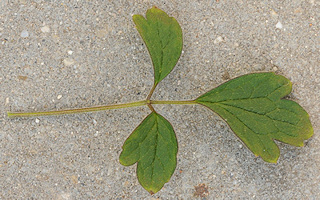 The young leaves are rather hairy and have a golden glow as the name says; chrysocoma means golden hairy.

The plant prefers acid soils. I have kept my plants in the greenhouse at about 5 degrees Celsius. They are very sensitive of wet soil during winter. If the soil is too wet in winter then you will loose the plant. C. chrysocoma grows slowly.

The plant can be used as a border plant and not as a climbing plant in countries where the winter is not too cold. The best place is west-facing or south-facing in the garden and a rather dry place during winter so that the plant does not get too cold or wet. The best place is a south wall of the house.

Pruning is only needed if the plants become too big after a number of years.

Propagation by cuttings is not too difficult but the best temperature is about 23 degrees Celsius. Propagation from seeds is very easy and the seeds germinate in large quantities.

Conclusion: a special and not too easy Clematis.

Editor's note: At the time of writing, the flowers on Ton's plant were nearly open - but not quite. So he sent me the picture below, taken by Harry Jans, of a wild species plant. However nature has now taken it's course, one flower has opened and it is as Ton suspected - white. Quite fascinating! 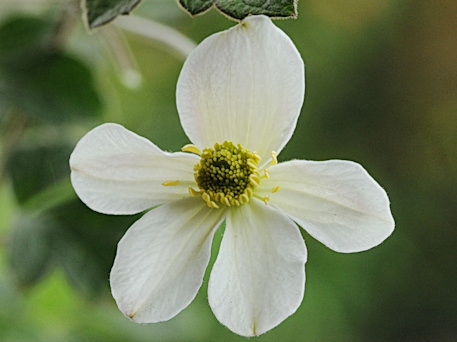 Above is a flower on the C. chrysocoma of Ton Hannink. Below are flowers of a wild species plant, photographed by Harry Jans. 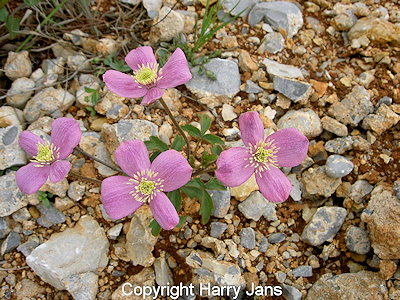