Clematis of the Month for October 2014 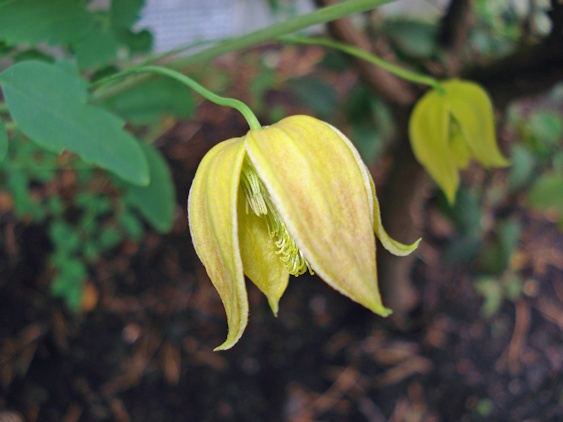 There is certainly confusion, not only on my part, as to the difference between C. akebioides, C. glauca and C. tibetana according to which botanical description one works from. It comes down to making an educated guess after research involving descriptions, drawings and herbarium specimens from various sources. In the end I decided to work from the Flora of China.

Having observed C. akebioides in Edinburgh Botanic Gardens in October of 2011 growing at the entrance to their café near the eastern entrance. Thanks to Angela's insistence that we started our tour with a coffee (no objection on my part), otherwise we might have missed seeing this plant. The coffee had to be delayed on seeing the plant though. Around this time we managed to get two plants from Kevock Gardens Nursery which were grown from seed collected from the wild. Each plant is slightly different, but they seem to be within the description in Flora of China. 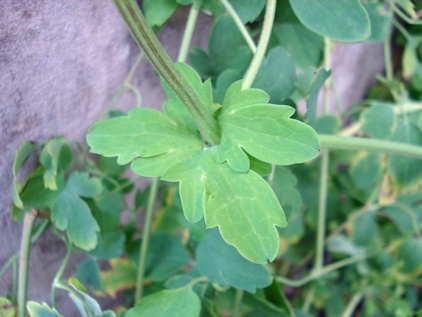 The leaflet formation at the leaf axils only appears in C. akebioides.

The derivation of the name akebioides is from the leaf arrangement being similar to Akebia, which also caused me confusion as it is not the commonly grown A. quinata, but A. trifoliata. 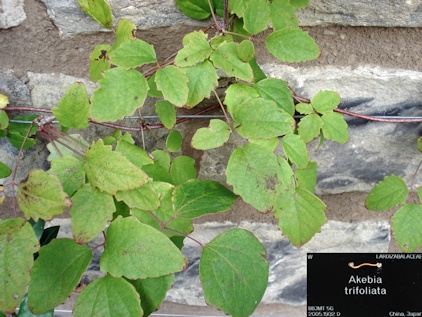 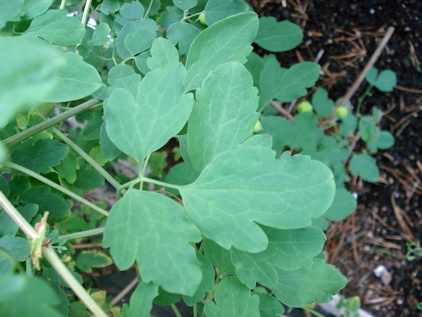 It was interesting that at the rear of the café in Edinburgh Botanic Garden an example of A. trifoliata was seen, which does resemble the leaf shape of C. akebioides, but also C. tibetana subs. venayi var. dentata has similar leaf configuration, but may not have glaucus foliage. C. glauca is similar to C. akebioides but the leaflets are much narrower. The main differences I have observed between the species, is the C. akebioides flowers much later in our garden than C. tibetana, has prominent leaflets between the leaf axils and in some forms of C. tibetana, but not all, the flower sepals are thick. Also leaflets in C. tibetana can be very narrow, to broad and angular. 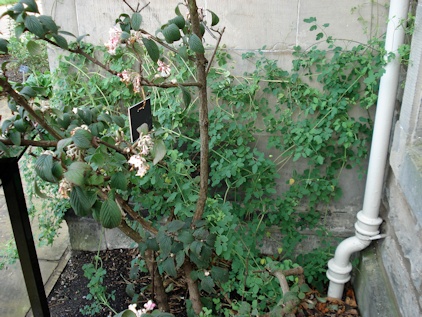 Of course I am assuming that the observed plant is C. akebioides, and not C. glauca, or one of the tibetanas'. Oh! For DNA, but this might confuse the matter even more.