Clematis of the Month for December 2014 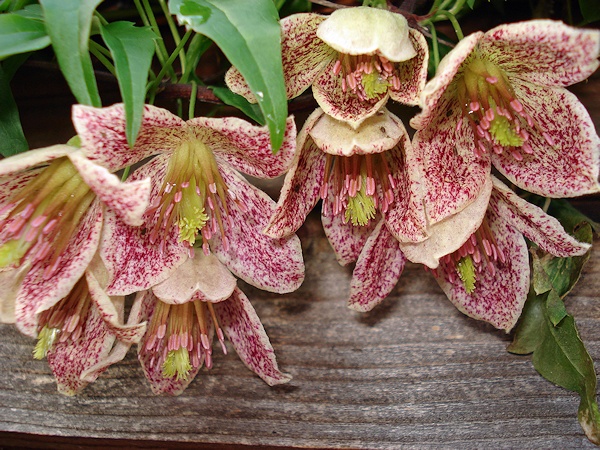 In 2004 I had the idea of crossing two related species, although their distribution was continents apart. C. cirrhosa of the Mediterranean Regions and C. napaulensis of Eastern Asia seemed as it might be a possibility, so I set about cross pollination with both C. cirrhosa 'Freckles' and C. napaulensis being tried as the mother plant, but only C. napaulensis produced seed, which were ready for sowing in late spring of 2005.

Germination was really quick with a good number of the seedlings appearing within a month. Potting on of seedlings was almost continuous as the plants grew really rapidly, without the usual slowing of growth or dormancy that one normally gets from its parents, by spring of 2006 the plants had been pruned back and were in 4 litre long tom pots.

The first flower appeared on the first days of Advent in 2006 (first week of December) on one of the potted on seedlings. First impressions were not very favourable as is shown in the image below. 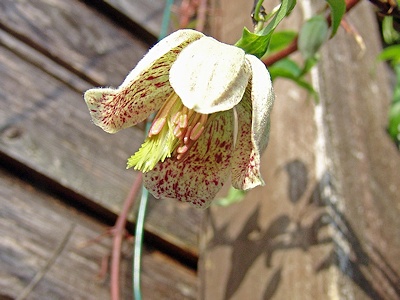 It was quickly noticed that the plants were producing a massive root structure to fill even a 4 litre pot, so various positions were found in the garden, no areas of full sun were available, which later proved to be a blessing as the plant seems to flower best if given some shade.

The plant that first produced the uninspiring flower later proved to be the one that I kept (Editor's note: see photo at head of page) as, although the flower is similar to C. cirrhosa 'Freckles', it is much more vigorous, fully evergreen and has four flowers per node as opposed to the usual two with Freckles.

I include the description of the plant as it appears in The International Clematis Register and Checklist, but with one alteration, from Semi-evergreen to Evergreen, as plants in the garden have remained full in leaf all year round.

Being a Group One clematis I would suggest that you prune this plant when forsythia is in flower - usually late April in Cambridge. Pruning usually results in metres of extra growth and plenty of flowers for next year.

Hardiness seems to be better than both its parents and it has coped with periods down to -10 degrees Celsius and the occasional night down to -18 deg. C.

It proves interesting to see the plant in full flower with snow. 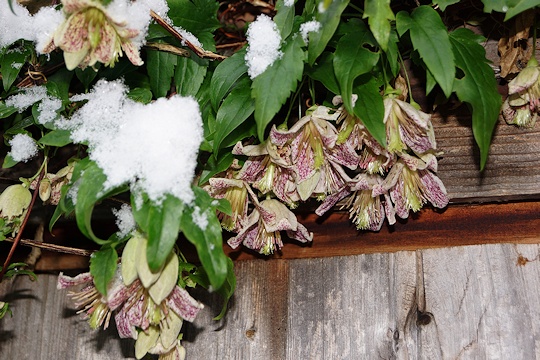 Description from The International Clematis Register and Checklist (4th Supplement). 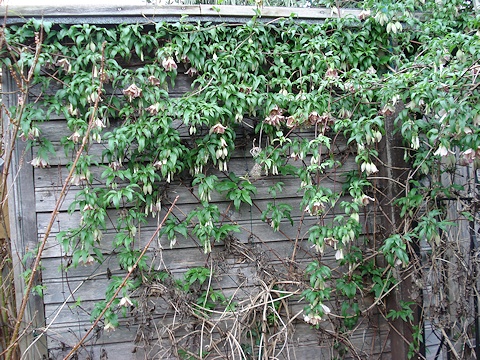