Clematis of the Month for December 2011 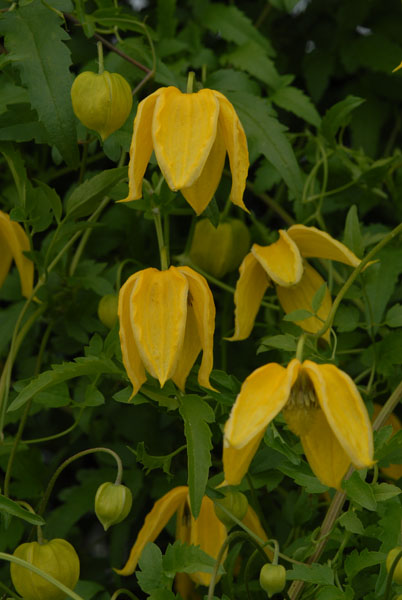 There are over 500 Clematis species and cultivars in our collection, of which 12 belong to the Tangutica Group. They are all charming and have their advantages and unique features, but after more than a decade of close observation and gathering information from our clients, I can confidently affirm that C. 'Lambton Park' is the most universal Clematis cultivar of all. 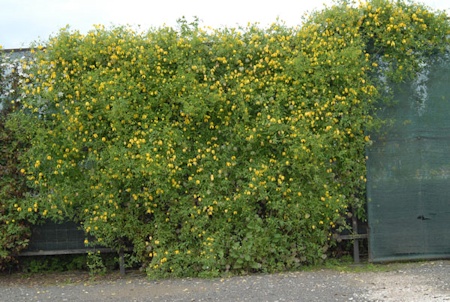 It has almost unlimited applications. It performs well in both small and large gardens, in well-groomed collections and in extensive planting. It can grow over pergolas, arbors or in containers on balconies and terraces. It is also very well suited for urban greenery. It makes an excellent screening plant when grown up a fence, for covering unsightly constructions, rubbish tips, garages, etc. I spotted it once creeping along a sunlit bank as a groundcover. It's 4 years now that I have been observing 'Lambton Park' on an acoustic screen (4 m high) at a nearby motorway and it looks and performs stunningly. 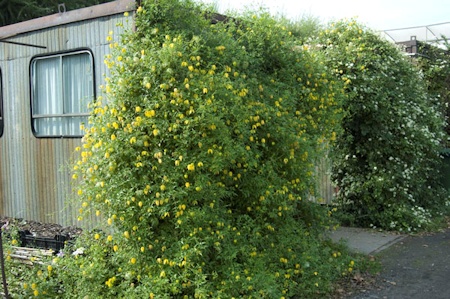 Another robust Clematis cultivar that has similar applications and is even more resistant to adverse conditions is Clematis 'Paul Farges' of the Vitalba Group, also known under the trade name SUMMER SNOW™. However, it has totally different flowers, a shorter flowering period and doesn't set seed that could make autumn or winter adornment. Nevertheless, in some circumstances this might be an advantage, for instance, when you are looking for a plant that won't invade the surrounding environment.

Clematis 'Lambton Park' has also been appreciated by the Royal Horticultural Society (RHS) and has been given an AGM award. Owing to its ease of culture it has been placed on the Recommended Clematis list compiled by the International Clematis Society.

Paradoxically, 'Lambton Park', selected from a plant found by chance in 1985 by Tom Bennett at Lambton Park Garden Centre (it's named after the place) in the County of Durham, Great Britain, has turned out to be better than the cultivars obtained as a result of a long-lasting and costly breeding process. 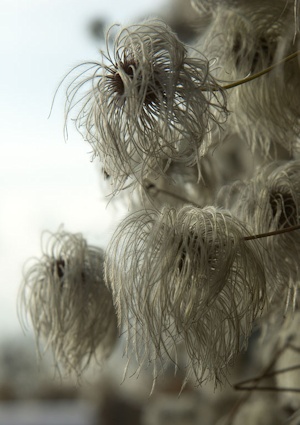 Clematis 'Lambton Park' has the biggest flowers of all the Tangutica Group cultivars that I know, they reach over 7 cm across. These rounded, bell-shaped, slightly nodding flowers have 4 succulent, lanceolate, intensely yellow tepals with slightly turned-up edges. In full bloom they open to show green-yellow anthers on brown filaments. They give off a slightly coconut scent. The flowering period is exceptionally long - from early June to mid October. Hundreds of flowers appear in waves climbing up ever higher on the plant. Most of the flowers open at the end of the summer. 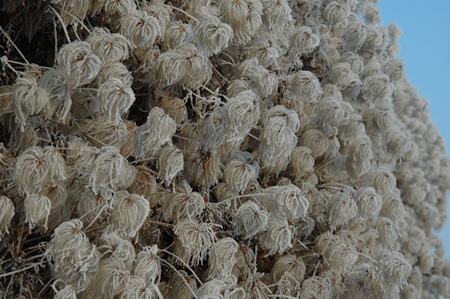 After they wither, the flowers transform to seed heads that envelop the plant with a silky silvery-grey veil and remain on the plant until spring. They make a beautiful autumn and winter adornment in the garden, especially when covered with frost or snow.

Clematis 'Lambton Park' grows up to 4-5 m high and can spread 2-4 m wide. It thrives and flowers most profusely in a sunlit position, although it will also manage quite well in partial shade. Similarly to other Tangutica Group cultivars, it will stop blooming in a prolonged spell of hot weather. This happens because during summer heat exceeding 28°C, the plant stops setting flower buds. It has few soil requirements and manages really well in poor and dry soil, although it prefers fertile, moist, but not waterlogged soil. It performs really poorly, though, in heavy clayish and boggy soil. Its thin roots die out in such conditions and the whole plant suffers. It can also die down after winter if growing in a place where water accumulates during the spring thaw.

Clematis 'Lambton Park' is the most frost hardy species of the Tangutica Group (USDA Zone 4-8), being not only more hardy than 'Helios', but also 'Bill MacKenzie'. 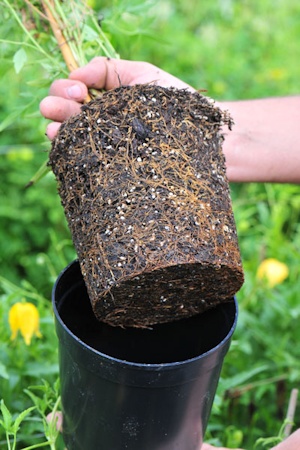 For garden cultivation you should choose 'Lambton Park' plants grown in 2-litre containers or bigger, with a healthy, well-developed root system, and you should plant them at the same depth as they have been grown (certainly no deeper than you would plant large-flowered varieties). In early spring prune the plant hard, 30-40 cm up from the base. Remember, however, that cutting the plant higher or giving up pruning altogether will speed up spring flowering by about 3-6 weeks. Don't abandon pruning altogether, though, as the base of the plant will become bare within a few years.