This is the third and final informal report on Sweden 2007, our journey across Sweden to celebrate 100 years of Magnus Johnson, renowned clematarian and 300 years of Carl von Linné, famous for his botanic classification.

Friday was devoted to Carl von Linné, but even then was not totally devoid of clematis. But I should start at the beginning. 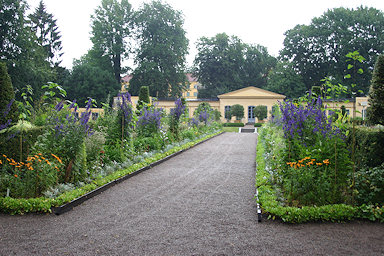 We set off relatively early on a grey and damp morning from our hotel in Södertälje heading around Stockholm to Uppsala, the home of Carl von Linné. Our first stop was the Linnæus Gardens and Museum. We sheltered under the trees with umbrellas open until our two guides appeared to conduct us round.

Carl von Linné was a very inventive person and achieved many things in various different fields in his lifetime but perhaps his most famous was his Systeme naturae, a classification system for all animals, minerals and plants. 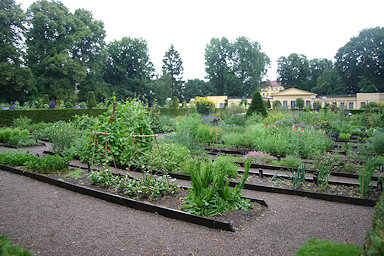 An immense task and obviously not capable of completion within a single lifetime, Linnæus managed to classify some 15,000 subjects.

Whilst this classification has been superseded and now abandoned, it was revolutionary in its time, both from the actual act of classification but also from the idea of order within the plant kingdom that it portrayed.

Linné designed his garden to demonstrate this system by putting plants of the same class in the same bed, and the garden retains his plan to this day. It was fascinating to wander around, even in the rain, as the similarity of many of the plants in a single bed was surprisingly noticeable.

We were also given a conducted tour of the Linnæus Museum, located in a house in one corner of the garden that Carl von Linné had built and lived in. It contains various Linnæus artefacts and the knowledgeable guides provided very interesting commentary on the house and its content. 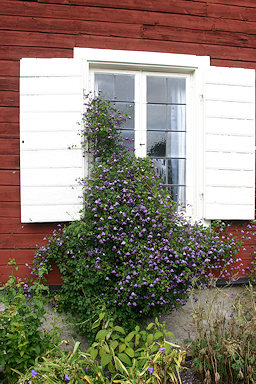 After lunch in the hotel to one side of the gardens we had a little time to enjoy a short stroll around the centre of Uppsala, including the church where Linné is buried, before boarding the coach and heading for Hammarby, the country home of Linné. This small complex of buildings, together with a very well maintained garden laid out as it would have been in the days of Linné, including many of the plants with which he would have been familiar. 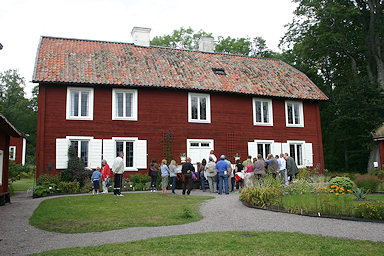 It's a lovely country setting with typical Swedish red wooden houses - I believe the red colour is, or certainly was, due to the iron oxide based wood preserver that was used on the timbers. Our guided tours included a stroll around some of the grounds and a visit inside the family home. Quite a sizable house and with many interesting features, such as the walls of the main bedroom which are covered in botanic drawings by Linné. There were also a number of family portraits in the various rooms and they certainly gave credence to the reputed sternness of Linné's wife, Sara Lisa. 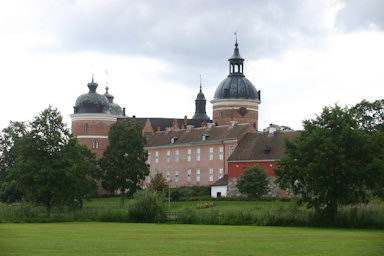 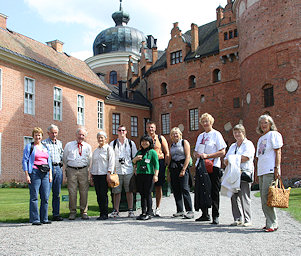 We could easily have stayed there all day, but soon it was time to board the bus again for our last destination, Gripsholm Palace. The fine weather enhanced the striking and imposing impression made by this building.

The palace is famous for the portrait gallery, containing many pictures of Swedish royalty through the ages, but our tour also included the theatre, both the auditorium with stage and the workings underneath the stage. 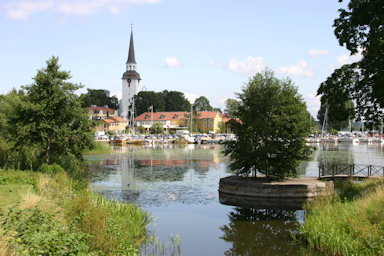 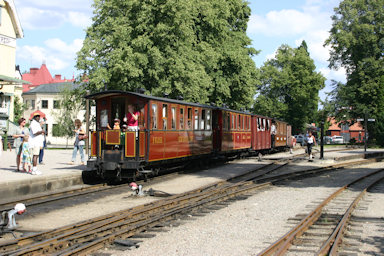 After the palace we had a little time to wander around the town before meeting up for a surprise journey on the steam railway that runs from Gripsholm along the coast. It was a fun way to finish our last visit, with everyone in good spirits. 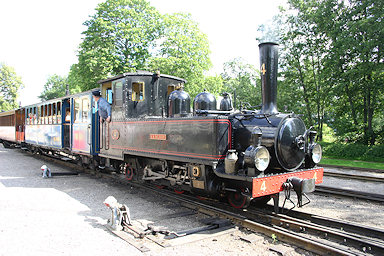 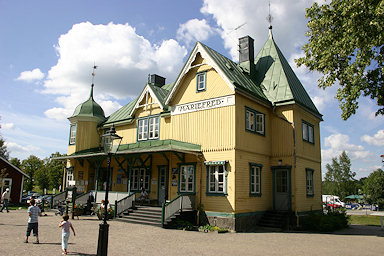 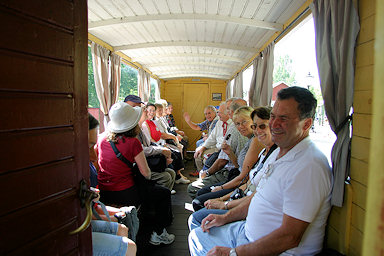 Saturday evening started with two lectures by Tomas Lagerström on the Nordic Expedition to Korea and by Bengt Sundström on Magnus Johnson's clematis cultivars, fitting topics to finish a wonderful week in Sweden. 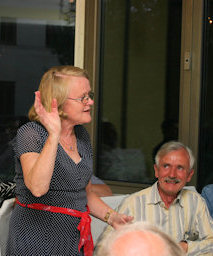 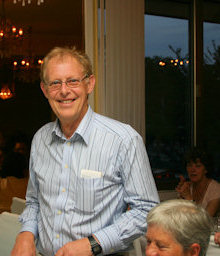 Our thanks to everyone who helped make the trip go so smoothly, for all their work behind the scenes and on the day, but especially to Bengt and Karin Sundström (and their family) who were with us the whole of the time to ensure everything ran like clockwork. And it did.

I finish this set of three reports with two clematis displays created for the final dinner of Sweden 2007. 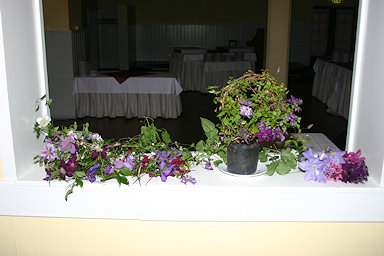 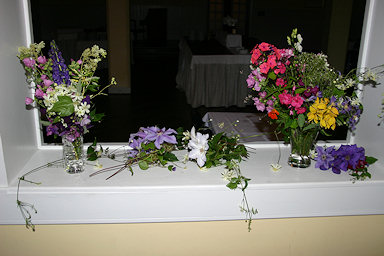 You have just finished the third and last of my informal reports on Sweden 2007. A full collection of reports by members will be published in Clematis International 2008.